Standing at one metre tall, 21 of Australia’s tallest birds have begun to wander into Emu Park to stake their claim on the peaceful coastal town boasting their name.

Emu Park was originally known as Hewittville but over time, due to the flocks of emus near the beach and park areas, along with an increase in holiday makers, it soon became known as Emu Park.

Following a successful application to the federal government’s Stronger Communities program, the Emu Park Lions Club have worked tirelessly for over six months to give ‘emu’tations of our native species a permanent home on the Capricorn Coast.

Spread across 20 locations, the emu art installations, made of corten steel, were all individually handcrafted by local artist, Brendon Tohill, to guide and educate visitors through various trails promoting the history and culture of the idyllic seaside village.

“We are hoping to launch the final project to the community with the next week, but residents and visitors are starting to see the installations coming to fruition.”

“Once complete, the emu’s will provide landmarks for a two-kilometre historical trail commencing at the Emu Park Museum, that will take locals and tourists through an educational expedition to learn more about their historical significance to our town,” said Val.

“Bringing creative expression through modern QR codes installed on each piece of art, visitors will be able to scan the code on each emu and be directly linked to a website explaining the trail and each location’s importance.”

“Viewers will be able to move and interact with the emu’s, taking them on a journey through the heritage and legacy of our community.”

“The Emus will bring people to a location point where they will be able to compare the signage boards featuring original buildings, beaches and landmarks of the area with the current day visual in front of them.”

CEO of Capricorn Enterprise, Mary Carroll believes that the statues will create fabulous and meaningful conversation amongst locals and tourists to Emu Park.

“Art history is a very important part of our destination as it plays a pivotal role in preserving our culture,” said Mary.

“Emu Park is already rich with art and culture and these important additions to the town will only increase the popularity of this breathtakingly beautiful part of our world.”

Several emus are already in place, with the remaining installations being finalised this week.

As extremely proactive advocates for Emu Park, the Lions Club remain committed to serving their local community and creating safe, welcoming spaces accessible to all visitors and residents of the area. 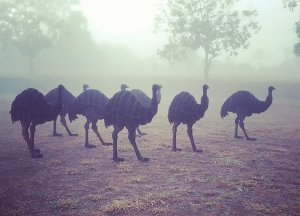 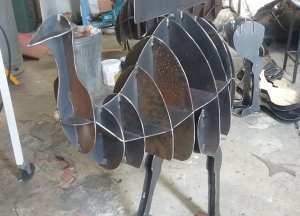