The construction of a 1000 seat Convention Centre for the Rockhampton/Capricorn Coast region was identified in 2010 as a Regional Priority Project, reiterated in our 2014-2920 Capricorn Destination Tourism Plan and is now a reality with this week’s Federal government election commitment of $20 Million to support the $65 Million Keppel Bay Sailing Club’s Convention And Sporting Hub plans which also includes accommodation, parking and hospitality facilities.

Capricorn Enterprise has been acknowledged by the Deputy Prime Minister for the significant role we have played in the collaborative effort  with the Keppel Bay Sailing Club in achieving this commitment.

KBSC – Yeppoon’s Convention and Sporting Hub to become a reality 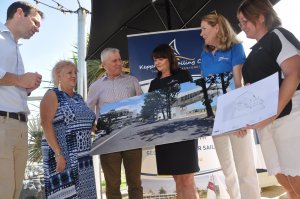