With community support for a Central Queensland-based National Rugby League team from Bundaberg in the south, Mackay to the north and west to the border, it’s clear that this region is standing as one.  Central Queensland players and administrators have made a significant contribution to the game in the past, the present and will continue to do so in the future.

Together with the NRL fans, businesses and the community are supporting the bid and Central Queensland Region as an economic powerhouse and the most exciting and liveable region in Australia.  The CQ NRL Bid is now gaining a life force of its own that is becoming unstoppable.  Support is also being sourced from some of the largest corporate names in Australia – largely possible given the region’s special status as the ‘economic engine-room’ of Queensland. 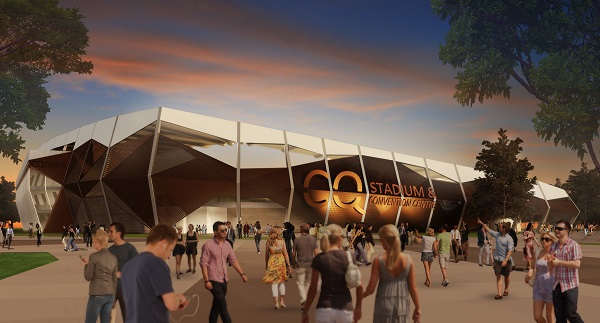 Rockhampton is the only major regional city in Queensland without a convention centre, denying the city and region the opportunity to host major conferences and events.

The construction of convention centre and stadium are critical components of the Central Queensland NRL Bid.

A stand alone convention centre is the most realistic option in 2019. The Keppel Bay Sailing Club announced in 2018 their visionary plan to develop a sporting, tourism and events hub in Yeppoon that could also include a 1,000+ seat Convention Centre, accommodation, retail as well as support facilities and services. Read more