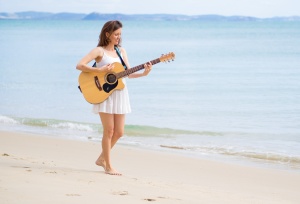 Capricorn Enterprise launched a new digital Facebook campaign at 3pm Wednesday 9th March 2016 kicking off a three week pre-Easter promotion, showcasing three major precincts of Great Keppel Island, Yeppoon and Rockhampton in thirty second showreels.  We will run a similar campaign later this year for Dig The Tropic and the Central Highlands in a separate promotion.

These numbers are already outperforming our expected results and with another two weeks to go in the paid campaign (total $5,000 spend), the intent is to raise awareness and ultimately bolster our upcoming Easter school holiday period and long weekends.

Our target audience is those living within a 400km radius which is our largest visitor market and this campaign is focussed on driving awareness within region and to stimulate local residents into considering booking a holiday or visit during the upcoming holidays.

Of course the ultimate goal of this digital campaign and in fact all of our Destination Marketing efforts is that this Awareness translates into bookings for our Operators.

With the year ending December 2015 Domestic and International Visitor statistics both on the rise from the previous year, we know that our targeted efforts across a number of mediums is working.

Destination Marketing is just one part of the equation to a Visitor’s Journey Experience however.

There are many touch points along the way, from Awareness (that’s our job), to Booking, to Visiting, to Experiencing (their accommodation, meals, retail and the locals they meet).

That journey is the responsibility of every single touch point and person along the way, from booking to travelling to staying and to experiencing and ultimately recommending our destination to others.