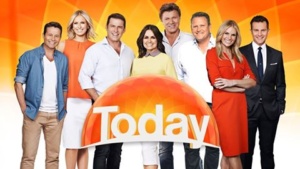 Another First!….. The entire breakfast crew of Channel 9’s popular TODAY SHOW will be broadcasting LIVE outside the Great Western Hotel in Rockhampton next Tuesday 31st May and Capricorn Enterprise is encouraging at least 500 locals to join in the fun!

Capricorn Enterprise chief executive Mary Carroll said “this live coverage is worth two (2) million dollars in publicity for the Rockhampton region and is absolutely one of our greatest highlights to date.”

“To welcome Karl back to where his media career began, along with Lisa, Richard and Sylvia is so very exciting for our entire community, not just to meet these media personalities, but the chance to win cold hard cash!” she said.

Rockhampton is one of three (3) Queensland locations during the Today Show’s national “We Love Australia Week” – broadcasting live from Noosa on Monday 30th May, Rockhampton on Tuesday 31st May, Airlie Beach on Wednesday 1st June, then heading to the Hunter Valley in NSW.

Mary Carroll said “thanks to a long term association with the Today Show Producers, it was great to host them a few weeks ago and assist with a number of site inspections around the city and connect them with key suppliers for this massive logistical event to become a reality.”

“Over the years, we have hosted many television celebrities through live weather crosses, interviews, travel and lifestyle shows, but to have an entire breakfast show broadcast for nearly four hours from our destination to a national audience is a golden opportunity” she said.

“The Today Show Producers and Capricorn Enterprise are challenging Rocky locals to be the largest crowd of the week next Tuesday and the school kids can come before they head off to school for the day!. Of course there will be a few famous locals who hail from Rocky, as well as a few surprises, but we don’t want to let the ‘bull’ out of the bag just yet!” she said.