Unveiling of the official plaque and ribbon cutting was undertaken by State Manager Gavin Holden along with Directors, Staff and Customers of the Bank.

The overwhelming success of the Emu Park Community Bank® branch of Bendigo Bank, which is operated by Keppel Financial Services Limited, convinced Company Directors to open a Community Bank® branch in Yeppoon. The Directors of Keppel Financial Services Ltd are all locals who volunteer their expertise and time ensuring that bank customers and the local community benefit from the bank’s operations.

John McKenna – Director of Keppel Financial Services Ltd and MC for the Official Opening stated “this opening follows on the success of the Company’s first Community Bank® branch in Emu Park on the Capricorn Coast, opened 12 years ago. In the instance of the Emu Park branch since its inception, in excess of $1.6M has been returned back to the communities of the Capricorn Coast and we look forward to extending this community contribution into the future with the support of the Yeppoon community”.

Strategically located within the Echelon Building on Anzac Parade, the new Yeppoon Branch offers easy access and exceptional parking for all patrons. The Branch will operate Monday to Friday between 10am and 3pm.

Nationally there are currently 513 Bendigo Bank Branches in operation – 318 of which are Community Banks. In Queensland the Yeppoon Branch brings the total number operating to 96!

Note: Keppel Financial Services Limited are Platinum Members of Capricorn Enterprise. We look forward to working closely with the Directors and Staff of both the Emu Park and Yeppoon Community Bank® branches of Bendigo Bank ensuring its long term success. 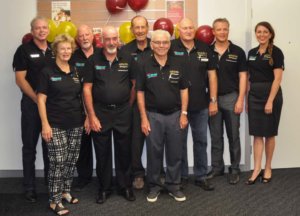 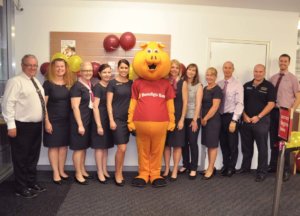