From a regional Queensland perspective, recent announcements by the Qld State Treasurer re future mining jobs within the Coal Industry and the requirement to implement a strategy to “retrain coal workers” require clarification particularly as it relates to a) what coal mining jobs and b) where? Acknowledging that an emphasis was placed on thermal coal – rather than coal in general – it is interesting to note that thermal coal production across the State last year accounted for only 22% of the total coal production – with the balance of production predominantly being metallurgical coal, in fact the Bowen Basin produced 100% of the States metallurgical coal!

Complicating media reports even further is the Galilee Basis which presently houses eight major coal Projects – from the China Stone Project in the north through to the South Galilee Project in the south, noting that the predominant coal grade is thermal.

With Galilee Basin Coal Projects progressively securing Qld Government approvals, the Coal Industry can justly be seeking clarifications from the Government regarding the future of these Projects and the communities that will bear the brunt of any Coal downturn. 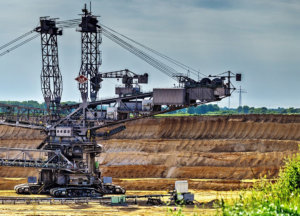