They truly love the natural beauty of Great Keppel Island and have many times expressed what a magical place it is, citing also their keen desire to work with local businesses and the local community every step of the way.

In mid September, Pat O’Driscoll (Knight Frank) and Mary Carroll (Capricorn Enterprise) hosted this group to the island and within a fortnight they had signed a contract, entering into a formal process to purchase the approved GKI resort lease holdings from Tower Holdings.  Meetings in Brisbane this week at the Knight Frank offices with JLL also present, introduced Isabella & CK Wei and Candy Yuan to a number of State government officials, LSC Mayor Bill Ludwig, Member for Keppel Brittany Lauga and Federal Member for Capricornia Michelle Landry.  Representatives from local companies CQGConsulting (Patrice Brown) and Calibre Consulting (State Manager Graham Scott) were also in attendance with the technical support required for a project of such significance.  The State government’s commitment to the $25 Million mainland connection of power, water and communications cabling is a very timely synergy.

Great Keppel Island is a very special place on the Capricorn Coast and Southern Great Barrier Reef and the next chapter in its development will be another game changer for our tourism industry.

It took (7) seven years, three (3) designs, ninety (90) consultants and millions of dollars to achieve an approval of new resort development plans which were granted to Tower Holdings by State, Federal and Local governments in March and May of 2013, with the past five years focussed on raising capital to commence construction which ultimately led to the decision by Tower Holdings to go to market with its existing approvals on Great Keppel Island.

The current development approvals for the island include a 250 room beachfront hotel, 300 luxury apartments, 285 luxury villas, 9,000 sq m of retails shops and a 250 berth marina.

The airstrip also has approval to be extended from the current 800 metres to 1.5 km.

An Australian Project Management team will be formulated as soon as possible and we would hope that the sale process is finalised by the end of this calendar year, with concurrent time-lines occurring so that development can commence in the latter half of 2019.

The island is over 1500 hectares in size – the approved resort development is 970.9 hectares. We are fortunate that whilst this resort is significant in size, it is still dwarfed by the magnitude of the actual island.  The associated activities that will open up with the development of a resort, particularly nature based will be plenty.  Having an airstrip which can land jets directly from Brisbane, Cairns and Sydney and will be a game changer and actually provide a back up for our destination in the event of Rockhampton Airport flooding, as it can every few years, being located on a floodplain.

Teamed with other major projects in our region, the next five (5) years will be an incredible time for our destination in jobs and growth! 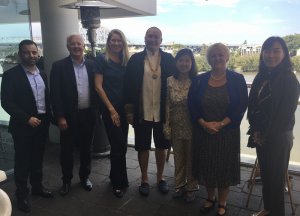 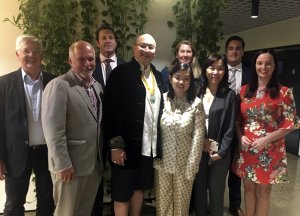 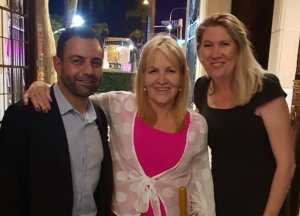 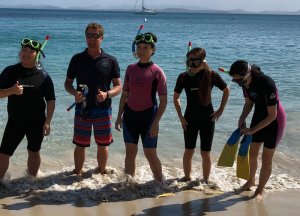 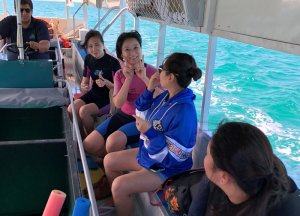 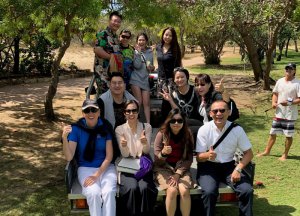 1935 – Tourism commences on GKI – John Morris has 4 basic cabins on Fishermen’s Beach, light Planes land on Long Beach, a jetty is built in 1960 which subsequently is destroyed in cyclone.

1966 – John Morris sells to Tom Green, who expands to 21 units and negotiates with Trans Australia Airlines (TAA) to construct the air strip, completed in 1967.

1971 – sold to a consortium John van der Borgh, John Moore and John Nathan, who increase the resort’s capacity to 60 guests and 30 staff, also purchasing the grazing lease on the island (known today as Lot 21).

1973 to 1975 – TAA acquire the resort, targeting the youth market and so was the beginning of the “Get Wrecked” days.  The resort is upgraded to accommodate 250 guests as well as day guests.  By mid 1975, the island is attracting up to 1000 day guests.

1982 – the target market includes families and the resort is upgraded to accommodate 360 guests.

2000 – Ron Hancock and Bevan Whittaker purchase the resort which is managed by Accor under its Mercure brand.  Direct airlines cease around this time and visitation declines dramatically.

2006 – GKI Resort purchased by Tower Holdings and closed in February 2007.

Tower Holdings embarks upon major design changes to the proposal, with the building footprint taking up less than 4% of the island footprint, engaging up to 90 consultants to deliver world class environmental  and research design components

28th August 2014 – JLL write to Tower Holdings stating “When it was announced that the project had not received a Casino Licence there was an immediate drop in interest levels from across the target market.  Immediately cited the significant impact on the feasibility of developing a 5 star hotel and resort without a Casino to underpin revenue.”

9th October 2014 – LNP State government writes to Tower stating “There is no provision within the Casino Control Act 1982, or any other legislation, other than in response to an offer from the Government….Casino licenses are granted at the discretion of the Government.”