Last night’s Federal Budget 2019/20 dubbed by the Treasurer as “back in the black and Australia is back on track,” paves the way for an interesting Federal Election campaign.  Rather than being debated and passed in Parliament this week, the Budget is essentially the blue-print for a May federal election.

Whilst all budgets attract both support and criticism from a plethora of groups, there’s no doubt this budget has a strong focus on major infrastructure and tax cuts for business and middle income earners. 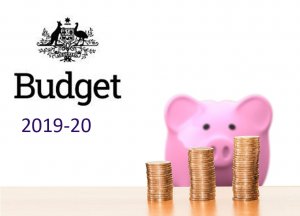 The Chamber of Commerce and Industry Queensland (CCIQ) has welcomed the announcement of a budget surplus for the first time in a decade with the nation’s finances benefitting from higher commodity prices with income tax relief, a positive for the nation’s workers.

The Federal Budget papers revealed a surplus of A$7.1 billion effectively being brought forward a year earlier than originally forecast and at a time where receipts from Australia’s mining sector continues to support the economy amidst a backdrop of weakening business confidence and subdued growth.

We have broken down some of the key takeouts of the Federal Budget that are relevant to small business.